Eternals, currently streaming on Disney+, focuses on the eponymous supernatural beings who have been secretly observing and sometimes influencing human development throughout history. Creative Directors John Likens and Wesley Ebelhar, along with VFX Supervisor Ivan Guerrero of Method Studios in New York, were charged with creating a closing title sequence that was both entertaining and reflected the themes expressed in the film. Working closely with director Chloé Zhao (multiple Oscar- winner for her film Nomadland), Likens and Ebelhar developed the concept that would take the viewer on a tour of important artworks throughout the ages, from ancient Egyptian hieroglyphics to Renaissance paintings, Aboriginal cave paintings to Indonesian shadow puppets. The surface of these works was traced with golden "energy" suggesting that they were inspired by, or imbued with, the energy of the Eternals.

Likens and Ebelhar started out by watching an early cut of the film, before much of the VFX work was completed, "to get a sense," says Likens, "of the scale of the story and what direction Chloé wanted to take with the characters. We wanted everyone on our team involved in the project to be familiar with the story and how it was being told. We also did a lot of research into the Eternals comics."

The sequence would involve a substantial collaboration within Method's different departments and studios as well as an amalgam of different skillsets and artists working together, with designers, animators and compositors bringing all the elements together. The work would be spread across locations including New York, Los Angeles, and Vancouver, with complicated coordination efforts and logistics overseen by Senior Design Producer Emily Schaeberle. 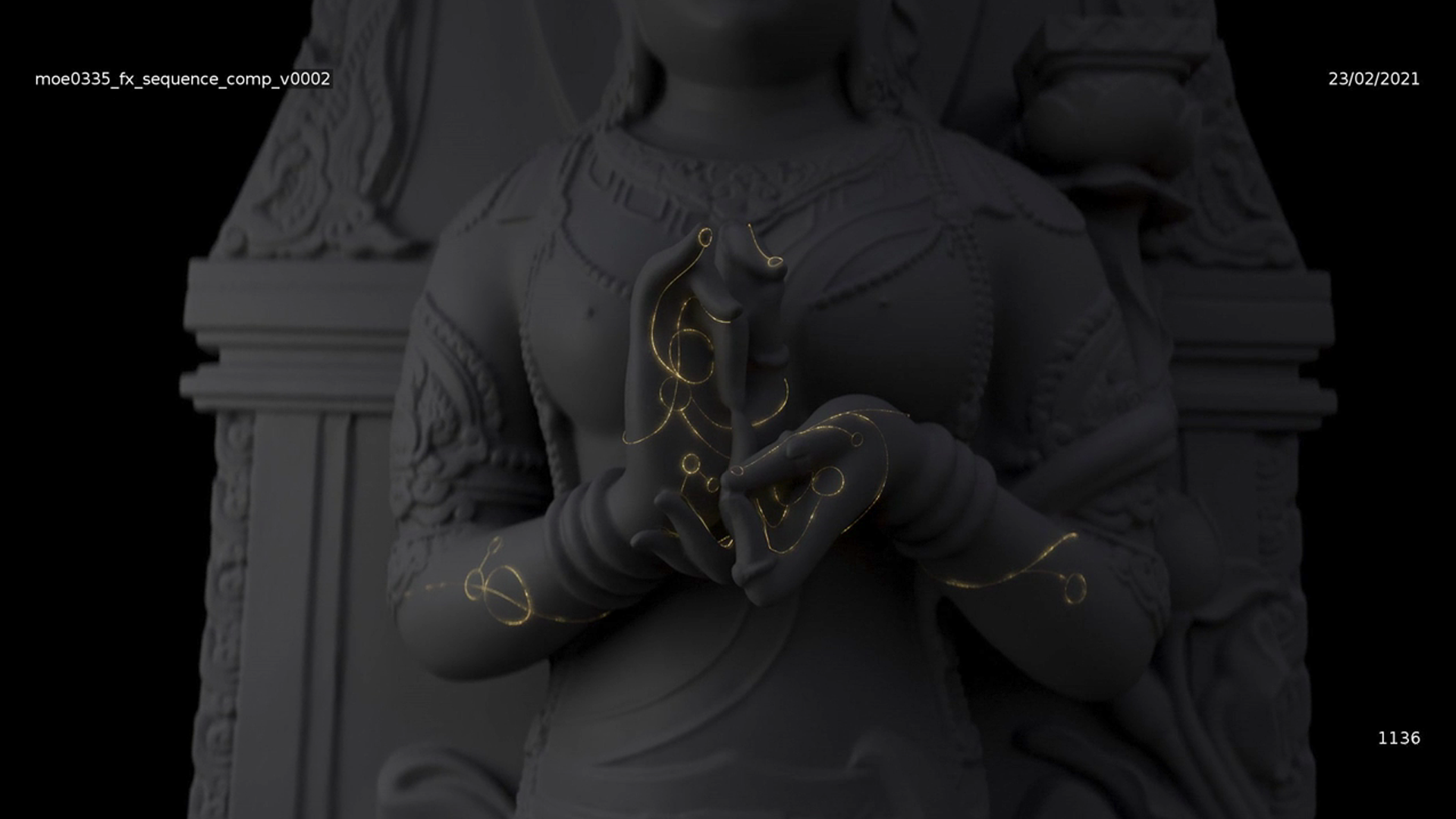 See All Method Made